The California Highway Patrol (CHP) reported there were 1,075 deaths and 16,060 injuries in alcohol-involved collisions on California roads in 2014. 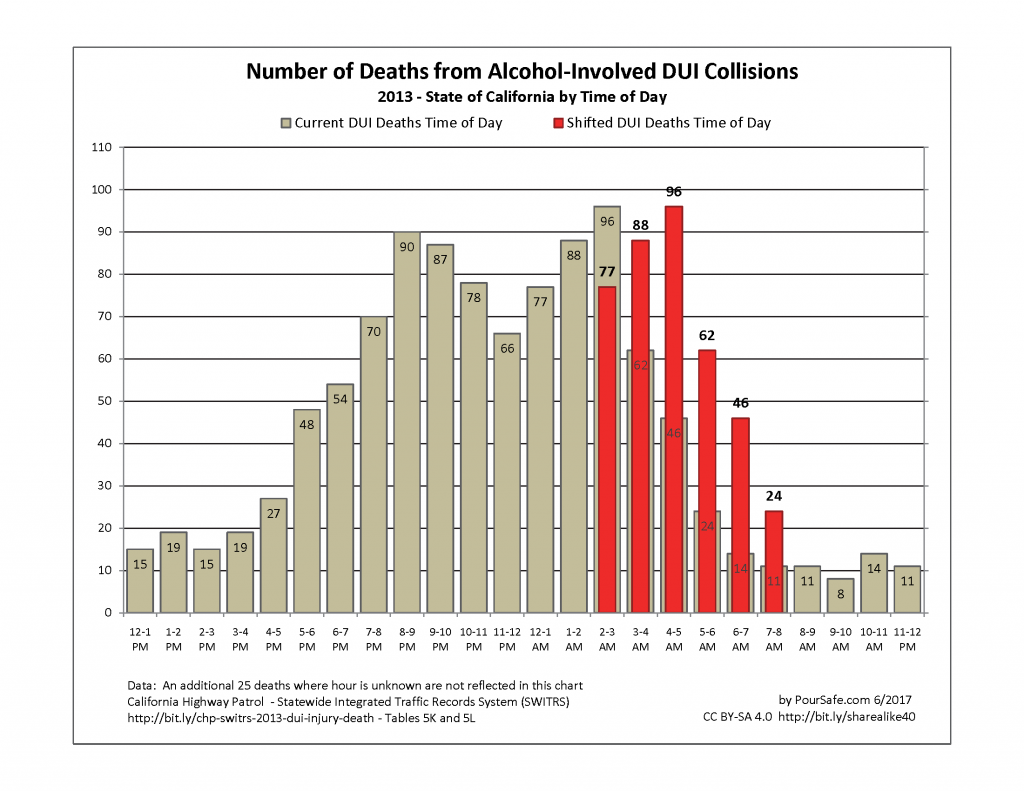 This chart illustrates the potential effects of current DUI’s occurring during the 12-6am time period shifting two hours into the 2-8am period – if a 4am Bar Bill were to be passed.

Number of Injuries and Deaths by California County
A breakdown of injuries and deaths are reported by time of day for each county. We also provided a look at the top ten most populated counties: 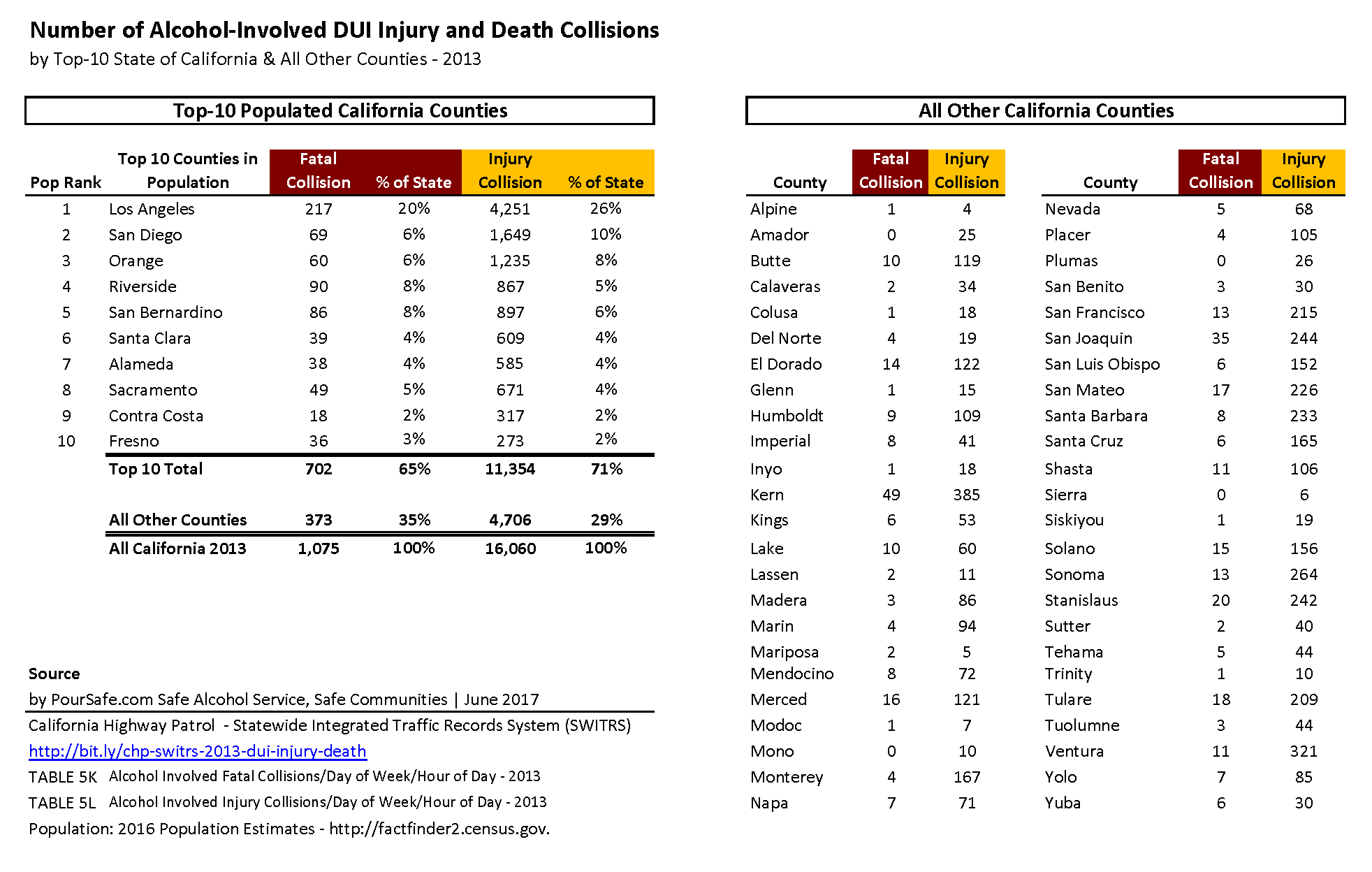